DIFFERENCES AND ADVANTAGES BETWEEN PRIVATE DRIVERS AND TAXIS

Making the difference between the Taxi and the Private drivers is an eternal debate.

Above all, it is necessary to redefine what is the primary vocation of a private driver.

Historically, the private driver carried out an activity that is not in accordance with that of Taxis but totally complementary.

Indeed, they responded to special requests that emanated mainly from wealthy customers who wanted to have at their disposal luxury vehicles driven by drivers sometimes speaking several languages and trained as hotel staff to be able to meet all the sometimes original requests of their passengers.

This activity was as much like a rolling concierge service as it was a conventional transport service.

As fares are not regulated for this profession, the driver of great discount will do everything possible in the interest of his customer and will apply higher rates by offering in return, a higher quality of service than that of a traditional taxi.

Following a change in regulations, the state chose to create a new status for these drivers, greatly facilitating accession for less well-trained and less experienced drivers.

This has had the effect of greatly multiplying the number of new entrants to this small market and has therefore led to a fierce price war.

At the same time, taking advantage of this influx on the market of newcomers in need of customers, and with the help of new technological tools, networking companies such as UBER, ALLOCAB or SNAPCAR have taken the opportunity to develop their service of connecting traditional customers and independent private drivers.

A price war between these different players has inevitably led to a decline in the quality of service and has forced VTC drivers to work ever more even if it means evading the elementary rules that govern competition between Taxis and private drivers.

Today, even if there are still a large number of independent companies, such as Breizhcab Limousine, which continues to position itself in a more upscale segment, the vast majority of private drivers find themselves totally subject to the commissions provided by these giants of networking. It is these drivers who most often drive standard sedans and who are in direct competition with traditional Taxis while offering an equivalent or even most often much lower quality of service.

To try to clean up the sector, the state has set up in 2019, a label “Quality tourism”, which brings together after a thorough audit, the companies of private driver which emphasize the quality of service and the reception of the customer.

Breizhcab Limousine was the first Breton company to obtain this label, in 2019.

Rather than talking about the difference between the private driver and the Taxi, you must first ask yourself the question of the type of service you are looking for.

If you are looking for a high-end, local and artisanal service, choose our car rental services with driver.

Take the time to contact this professional and discover his love for this exciting profession.

Even if the fare can sometimes be a little higher than that of a traditional taxi, you will benefit from an undeniably superior quality of service. 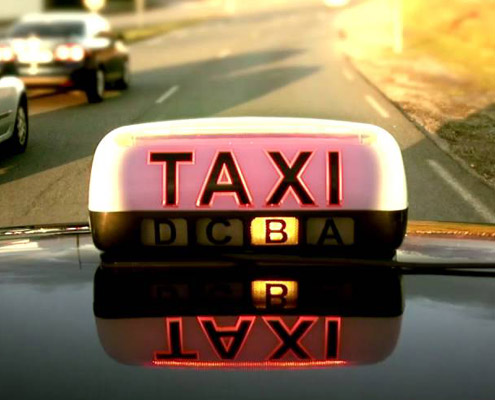